Glenn Snyder Display Systems are easy to install. You will need the following tools:

Spacing blocks should be as high as the distance between the shelves, generally between 5-1/2″ or 6″ for O gauge. Studs are usually located 16″ or 24″ apart on center. Electrical outlets are generally attached to the side of a stud, which is the easiest way to locate one. They may also be found with a magnetic stud finder.

Using the level, draw a line on the wall where you would like the bottom shelf to be located. Locate the studs along this line. Mark the stud spacing and transfer the marks to the back of the shelf. Using the 3/16″drill bit, drill clearance holes in the shelf from the back. Use the groove to locate the tip of the drill bit.

Using the 1/8″ drill bit, drill pilot holes in the studs and fasten your shelf with the #10 x 1-1/2″ long sheet metal screws. (We use them instead of wood screws, as they are threaded to the top of the screw giving them more fastening power.)

Once the bottom shelf is fastened, place the spacing blocks on the top of the rails, equal distance apart. Place the next shelf on top of the blocks and mark where each fastener hole is to be drilled. Remove the shelf, drill the holes in the shelf and in the studs and attach the second shelf.

Continue installing the shelving by using the spacing blocks until installation is complete.

Use of Connecting Pins

On walls where longer shelves are needed or uneven areas, use the connecting pins that are supplied. Tap ends of pins open with a center punch or similar tool. Slide one end onto a rail and gently tap it with a hammer until the pin is all the way on the rail. Take the second shelf and locate the open end of the pin on the corresponding rail. Tap the pin half way back until the two shelves meet, then fasten the shelf to the wall.

If your walls are uneven, place screws through washers where needed between the shelf and the wall until the shelving remains straight when the screws are tightened. 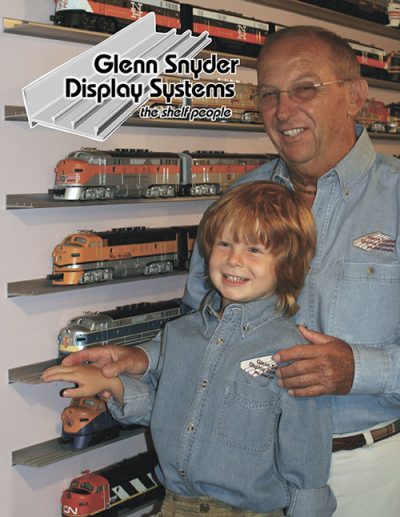 Call Us to Place Your Order

No Paypal, credit cards, or debit cards -- checks only!